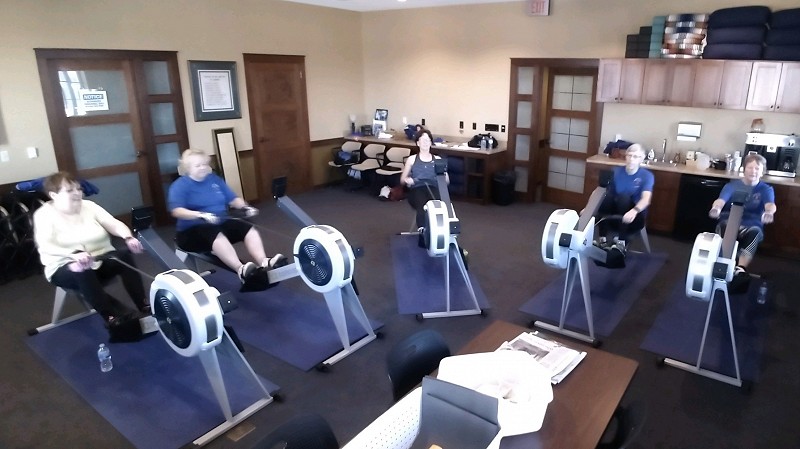 The Indoor Row Group is having a record-breaking season as it makes its way through it’s 2019/20 season (which runs through April)! January will be the fourth consecutive month that IRG has established a new record for total meters rowed during our scheduled IRG sessions! We are currently participating in the Concept2 Virtual Team Challenge along with nearly 600 teams worldwide and on pace for our highest finish ever!

Despite our success, you should know that IRG is NOT a group of elite, highly-trained or overly competitive rowers. Most of us, including the nine IRG members who have surpassed the “million-meter mark” are still relatively new to the sport and are as surprised as anyone to have reached various milestones.

IRG is simply a dedicated and committed group of cancer patients and survivors who are having fun, enjoying one another’s company and appreciating the opportunity to come together to engage in a healthy activity and a common interest and goal!

Recently, several of our IRG members have inquired about how they can “give back” in support of SCCCF and Survive, Thrive & Be Fit.

In response, we have scheduled in Indoor Row Group session on Wednesday, February 12th. This day was chosen as it marks Abraham Lincoln’s 211th birthday. All IRG members are encouraged to make a donation equal to 1 cent for every ten meters they row (10 meters per CENT... or “10 per CENT”) or 1 cent for every one hundred meters that the team rows (100 meters per CENT or “100 per CENT”) throughout the session. For example... if one of our IRG members rows 8000 meters they are encouraged to donate eight dollars or more. If, as a team, we match our current team high for a single session (118,900m) they are encouraged to donate $11.89 or more. Of course, if someone wants to add their “Two CENTS Worth” and double their donation... that would be CENT-sational! Bottom line... no donation too big or too small... and no rowing distance too long or too short!

How cool would it be if we could raise 1 penny for ever meter we rowed during this one session (which, if we surpass our current high for a single session would be at least $1,189.00)!!!