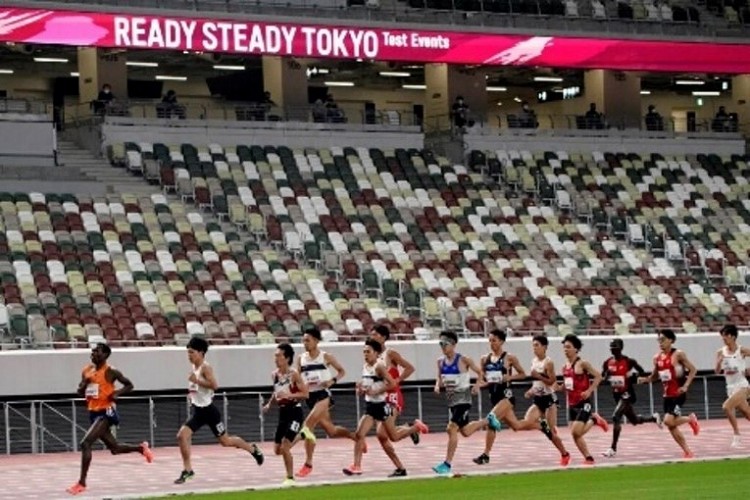 The World According to Tim: Lessons and Reminders from the 2020 Tokyo Olympics!

The 2020 (2021) Tokyo Olympics Games have been a common topic of conversation at many of our recent ST&BF activities, as I am sure they were for many!

We all knew the Games would be unlike any other in so many ways: The stands would be empty due to the pandemic, athletes were unable to train or prepare in their usual way, facial coverings and many other necessary COVID-19 precautions would be enforced.

“Imagine... if they held an Olympics and no one could come to watch. Would it still be worth it?”

NOTE: Many of us watching the Olympics may not have fully appreciated the empty stadiums throughout the Games as, I suspect, broadcasters chose camera angles focused on the competition and away from the empty seats. Nevertheless, it had to be strange for the athletes to compete in large empty stadiums.

Initially, I wasn’t as excited about these Olympic Games as I typically am. Shame on me!

“Organizers hope these Games will remind the world why the Olympics remain a global gathering with no equivalent.”

And they did a great job!

As the stories of the Games began to make themselves known, my joy and enthusiasm for the Games quickly began to grow! Of course, I am amazed at the amazing feats of individual speed, strength, endurance, agility, coordination, and skill as well as incredible teamwork. But they often pale in comparison to the greater stories of hope, courage, hard work, determination, beauty and love that are the very foundation of the Games!

Even though “The Tokyo Olympic Games have concluded but the memories remain fresh!” many of those memories are available on video at: www.nbcolympics.com/videos/.

NOTE: The above italicized quotes are taken from this worthwhile three-minute recap of the Olympics (seriously, it is worth the time):

Perhaps my favorite story of Tokyo Games (although, admittedly, it is difficult to select just one story) involved two high jumpers, Mutaz Essa Barshim of Qatar and Gianmarco Tamberi of Italy. It’s a story that is better to see and hear unfold, in this five-minute YouTube video, than for me to try to put into words:

Spoiler Alert (watch the video first): As the saying goes, “A joy shared is doubled!” These two athletes found themselves tied for the gold medal. Instead of continuing with a jump-off, they decided to share the title of Olympic Champion! It was wonderful to watch these two athletes celebrate a gold medal TOGETHER... to watch them place gold medals around each other’s necks... to see two competitors share the podium TOGETHER!!! Instead of “winning at all costs,” these athletes reminded us that, more importantly, winning is about doing the very best that you can!!!

In a post-event interview, Qatar’s Mutaz Essa Barshim explained, “I wouldn’t want him to be at the silver position because I know what he’s been through mentally and physically. So, I don’t want myself to be in that silver position. So, when we tie on that 237 and the judge comes to actually explain to us if we need to break off to actually somebody have gold and somebody have silver. And I just look at him and asked, ‘Can we both have gold? Can we have two golds?’ And he was like, ‘Yes, it’s possible.’ And before he even finished his sentence we were celebrating. I look at Gianmarco, he look back to me and that’s it.”

You can watch the complete interview here: https://youtu.be/3YN5qAhRiF0

There are so many lessons and reminders of these and every Olympiad that can help us as we navigate life’s many challenges, including COVID-19 and surviving cancer. All we need to do is look to the Olympic Movement, The Olympic Motto and the Olympic Creed!

The Olympic Movement is a philosophy based upon good sportsmanship, a sense of fair play, and respect for fellow athletes developed through participation that teaches men and women of different races, religions, and nationalities to work peacefully together in competition toward common goals.

On July 20th, 2021, the Session of the International Olympic Committee approved a change in the Olympic motto that recognizes the unifying power of sport and the importance of solidarity. The change adds the word “together” after “Faster, Higher, Stronger”. The new Olympic motto now reads in Latin “Citius, Altius, Fortius - Communiter” and “Faster, Higher, Stronger - Together” in English.

And when times get tough... when you are feeling hopeless and lost... keep these words of NBC Olympic’s host Mike Tirico in mind as the games came to a close: “The last seventeen days were an extraordinary illustration of what the world has done best the last seventeen months – find a way.”