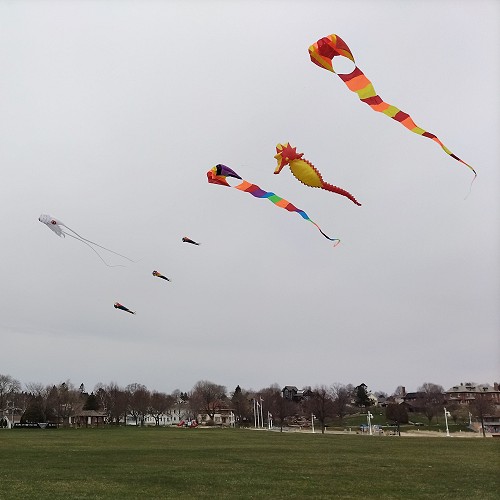 The World According to Tim: May Challenge – 30 on 30 of 30 for 30! Reminders of Life Lessons Already Learned!

Every year since my diagnosis (May 11, 1992) I have found a way to commemorate my cancer-versary with some kind of physical challenge. For example, on my 20th Cancer-versary I completed a 3-day/100k backpack outing on the nearby Ice Age Trail and for my 25th Cancer-versary I challenged myself to run 25-kilometers at the South High track in what I dubbed an O.K.A.Y. Run and invited others to join me for their own O.K.A.Y. run/walk.

Last year I challenged myself throughout the month of May to complete at 29-minutes or more of exercise on 29 days of the month of 29 different activities for 29 years of cancer survivorship. It was fun, interesting, and challenging! So this year I am going for 30 on 30 of 30 for 30!

One day last week I planned a “body weight workout.” This is not something I do regularly (but probably something I shoulkd do more often) and I included it in this challenge mainly due to it’s simplicity, convenience, and the fact that no special equipment is needed. I simply came up with ten different body weight exercises (push ups, lunges, squats, etc.) and performed each exercise for one-minute followed by a 30-second rest and I repeated all ten exercises a second time.

Although I am familiar with “burpees” (an exercise that starts from a standing position, dropping your hands to the ground just in front of the feet, hopping both legs behind you, doing a push up, hopping both feet back to your hands, standing up, and finish by jumping up... and repeating) it is not an exercise I do regularly. In fact, I can’t remember the last time I did them. But I do recall being able to do them, although not feeling particularly graceful. On this occasion, I found that once I placed my hands at on the ground by my feet, I simply was not able to hop both legs behind me (most likely due to reduced range of motion that comes with age). Admittedly, I was a bit humbled and humiliated to find one more thing that I can no longer do... but glad that no one was there to see it! 😊

It would have been easy (but no less humiliating) to just quit... or find a different, perhaps easier, exercise. But one of the lessons I have learned as a lifelong athlete, especially as I’ve aged, is the importance of focusing on what I can do instead of what I can’t. As my Dad often reminded me, “You are an Ameri-CAN not an Ameri-CAN’T!” So, I made a few modifications. During the first 1-minute stint I walked my legs back instead of hopping back. For the second 1-minute stint I grabbed a nearby chair and instead dropping to the ground I dropped to the seat of the chair.

I finished the 30-minute routine, slightly disappointed but satisfied in knowing I did the best I could! And now, with a couple of modifications for burpees, maybe I’ll do them a little more often!?!

Pick Activities that You Enjoy: It should be a “PLAYOUT” not a “WORKOUT”!

After going for a morning run over the weekend, I wanted to go fly a kite! So, I headed to Deland Park to take adventage of the S/SE winds.

In my younger years I probably would not have considered “flying kites” to be exercise. But I’m older. Slower. And wiser. When it comes to exercise, I have learned that anything (as long as it is safe and within one’s abilities) is almost always better than nothing.

Kiting is more than just standing with a kite line in my hand. It starts as I haul my gear up from the basement and load it into my car and doesn’t end until I unload my gear, make adjustments and repairs, and carry it all back down to the basement. In between, while I’m on the kite field (usually for at least 2-3 hours), I’m almost constantly moving to anchor the kites, set up the kites, launch the kites, adjust the kites, put up more kites, and then pull them all down and pack them up. It involves lots of walking, bending, twisting, moving. But, more importantly, it’s a lot of fun!

I enjoy opportunities to fly with my fellow kite pilots; whether through SCCCF’s Survive, Thrive & Be Fit “Great Heights with Delightful Kites” or as a member of the Wisconsin Kiters Club. But on this occasion, I decided to fly alone, as I often do. But the cool thing about flying kites is that you are almost never alone! Kites attract people of all ages! Kites, literally and figuratively, bring people together! And kites make people smile!

During this particular flying session, my kites caught the attention of a lot of people (young and old). Some blew their horns as they drove by. Some waved from a distance. Many took pictures. And some approached me because I happened to be at the other end of the kite line! We chatted. Like so many kite pilots, I love to share the kiting experience! I enjoy sharing what I’ve learned about kites and I especially enjoy getting others (especially kids) interested and involved!

When it comes time to take down my kites I often look to see if there is anyone around that might be interested in helping. On this occasion, there was a mom and dad with about six kids varying in ages of about 6 to 16. I asked if any of them wanted to help bring down one of the kites. As usual, they responded enthusiastically!

I am still relatively new to kiting... but I have learned to respect kites. Shortly after I purchased my first larger kite (the white trillobite on the left of the previoius photo) I saw this:

Description: During a kite-flying festival in Taiwan, the tail of a kite became entangled around the neck of a 3-year-old girl, sweeping her into the air, where she was whipped around in strong winds for 30 seconds before returning to the ground. She was not seriously injured.

So, after sharing some kite basics and safety, the younger kids helped me “walk down” and pack up one of my kites as well as my anchor system (these kites need to be securely anchored as they generate tremendous pull). One of the kids asked, “How do you launch the kite?” I still had a kite in the air, so I suggested we walk it down and then they could re-launch it. Again, they responded enthusiastically.

There is something almost magical about watching a kite take flight!

Eventually, the entire family helped me pack up my final kite and then they headed to their car. One of the younger boys quickly turned around and ran back towards me. I assumed he had forgotten something. “Thank you for showing us your kites!” he said, before quickly turning back. “Thanks for your help!” I replied as he jumped in the car and they drove off!

Admittedly, there have been times I have felt a little silly as an almost 60-year old out flying kites! Aren’t there better ways for me to spend my time? More-often-than-not, like on this occasion, there isn’t!

I think of this young boy. I think of the lady who, on another occasion, approached me and said, “I just had to come over here and thank you for flying your kites! I was watching them outside my window. They’re beautiful!” I think of another young boy on another occasion who helped me take down a kite. As they left, his mom turned to me with tears in her eyes and said, “Thank you! I really think he needed this today!”

These are people I may never see again. And, if I do, I probably wouldn’t recognize them... nor would they recognize me (unless I’m at the end of a kite line)! But these are lifelong connections made possible by the string of a kite!

Sure, kiting is exercise! Kiting is good for the body, the mind, AND the spirit! And kiting is fun! So “go fly a kite” and have some fun!!!