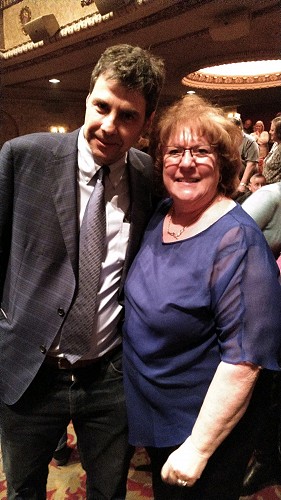 BritBeat: A Tribute to the Beatles attracted a sell-out crowd on Saturday March 7th at the Unity Music Festival that benefits the Sheboygan County Cancer Care Fund!

The real stars of the evening, however, were Jon Bolker and Mary Ann Waldbauer (pictured above).

Mary Ann founded the Unity Music Festival in 2005 and tirelessly organized the event through 2019 raising almost $450,000 during that time. When, at last year’s event, she announced it would be her last year... Jon, who happened to be in the audience that night, stepped up and took it over.

Thank you to Mary Ann and Jon for being a couple of the brightest “Beacons of Hope” for the Sheboygan County Cancer Care Fund! Thank you also to all who sponsored, supported and attended the event!

Watch for a final update on proceeds raised!